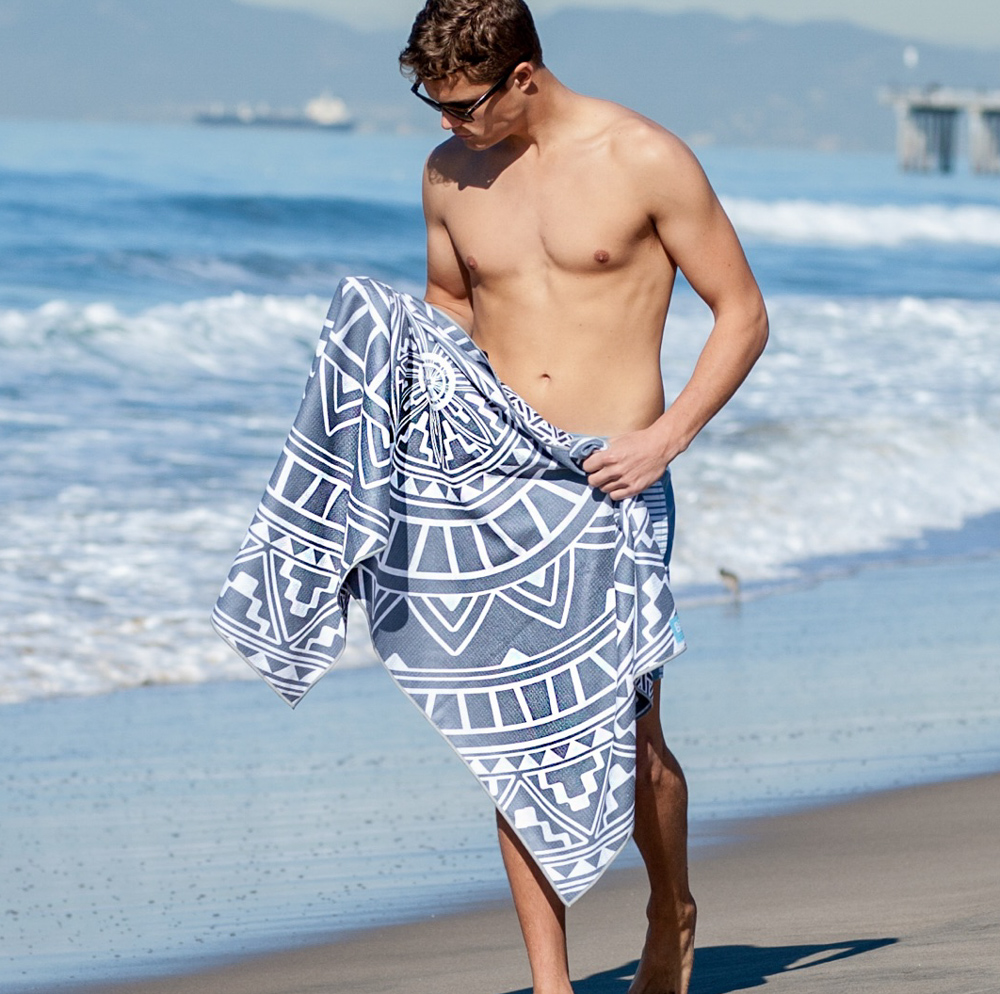 Come meet your new beach friend who will repel sand for you – GoBreezie microfiber beach towel.

Nothing could compare to a lovely day at the beach, with the sun’s warm rays kissing your skin, if it weren’t for this annoying inconvenience of course: SAND! It could get all over you and your stuff. By the time you arrive back home, some places of your body and even some of your belongings can get all gritty.

Fortunately, A California company GoBreezie came up with the ideal solution. After years’ research in the fabric, the team has developed the beach towel by the patented BreezyFiber™, which makes the towel sand resistant and super absorbent.

The major sellers on the market focus on sand-free towels are GoBreezie Tesalate Cgear, and some other brands from Europe.

For GoBreezie, its goal is pursuing a high quality of beach life with a high-quality beach towel – a specific patent texture of beach towel, all in the name of relishing a better beach day.

The idea behind the invention of the reinvented microfiber beach towel? Wong grew up in a small town in Northern California. He enjoyed those relaxing sun shower moments spent at the beach. One day, he decided to travel along the ocean coast of the states with his best friend Jupiter — his black labrador. “It was an awesome trip, only that the beach towels we used during the trip stayed soggy and sandy after use and was not very travel-friendly, especially when you have this naughty doggy friend,” he says with a laugh.

Unlike usual beach blankets made from looped fibers that hold sand particles all the time. GoBreezie tesalate type of towels are crafted with micro-denier fibers which have a linear density of less than 0.9 denier per filament, making these fibers even finer than silk (which is approximately one denier), which itself is about 1/5 the diameter of a human hair. Thus it is impossible for the towel to carry any sand. The sand just slips off from the surface.

Aside from being sand free, these microfiber towels are also unbelievably lightweight and compact. “It packs up so small and takes up no space in my suitcase, I just bring it along on my trips everywhere” One of the user said. This makes it the best travel beach towel.

You shouldn’t worry about the towel staying soaked for too long either. According to GoBreezie , their specially engineered microfibers allow the towel to dry in half the time compared to a common towel.

Check online to see all tesalate towels, GoBreezie beach towels and other tesalate-style similar towels to see which is your favorite. Find out more on www.gobreezie.com.